I can't wait. She looks so lovely.
The first female POTUS. It's about time.
* http://www.bbc.com/news/world-us-canada-32254416 * // Mrs Clinton is expected to make the announcement on social media.
The 67-year-old will then travel to Iowa and New Hampshire, two early primary contests in the 2016 race.
The former first lady previously ran for president in 2008 and is already considered a strong contender for the Democratic presidential nomination.
Mrs Clinton is expected to release a video outlining her campaign themes but will put off a large, formal speech.
In 2008 she came close - oh, so close - to winning the Democratic nomination, falling to the once-in-a-generation candidacy of Barack Obama.
Despite her near success, however, her effort exposed some worrisome flaws - bickering among her advisors, a veil of guarded aloofness that was only occasionally lowered and the perception that she lacked an explanation for why she sought the top office.
With a Democratic field devoid of compelling alternatives, Mrs Clinton likely has a much clearer path to the Democratic nomination this time.
This gives her the luxury of time to find her footing on the campaign trail after a long hiatus.
Come next summer, however, a battle-hardened Republican candidate will be waiting. She came up short last time. Soon we'll learn what, if anything, she's learned from past mistakes.
She recently faced criticism over using a private email address to conduct official business as secretary of state and having personal staff decide what emails should be given over to public records.
Mrs Clinton was a politically active first lady during her husband's two terms as US president and then served in the US Senate for several years.
She lost out to President Barack Obama during the 2008 Democratic presidential primaries.
Mr Obama later named her as secretary of state, a position she held until 2013.
Two major Republicans, Ted Cruz and Rand Paul, have formally announced their campaigns, but many more are expected to run, including former Florida Governor Jeb Bush - whose father and brother were both president.
Another Clinton-Bush election - the first was won by Mrs Clinton's husband Bill in 1992 - would revive the debate in the US about powerful political dynasties.
The Democratic field looks more narrow than the Republican one, but Mrs Clinton could face former Maryland Governor Martin O'Malley and possibly Vice-President Joe Biden.
Many in the left-wing of the party are urging Massachusetts Senator Elizabeth Warren to run.
But she has repeatedly said in media interviews that she is not running for president. [follow link to read more] //

You got something for warthogs? She never looked lovely and isn't improving with age.

Look at the Clintons' wedding photo. They are such a lovely couple:
* 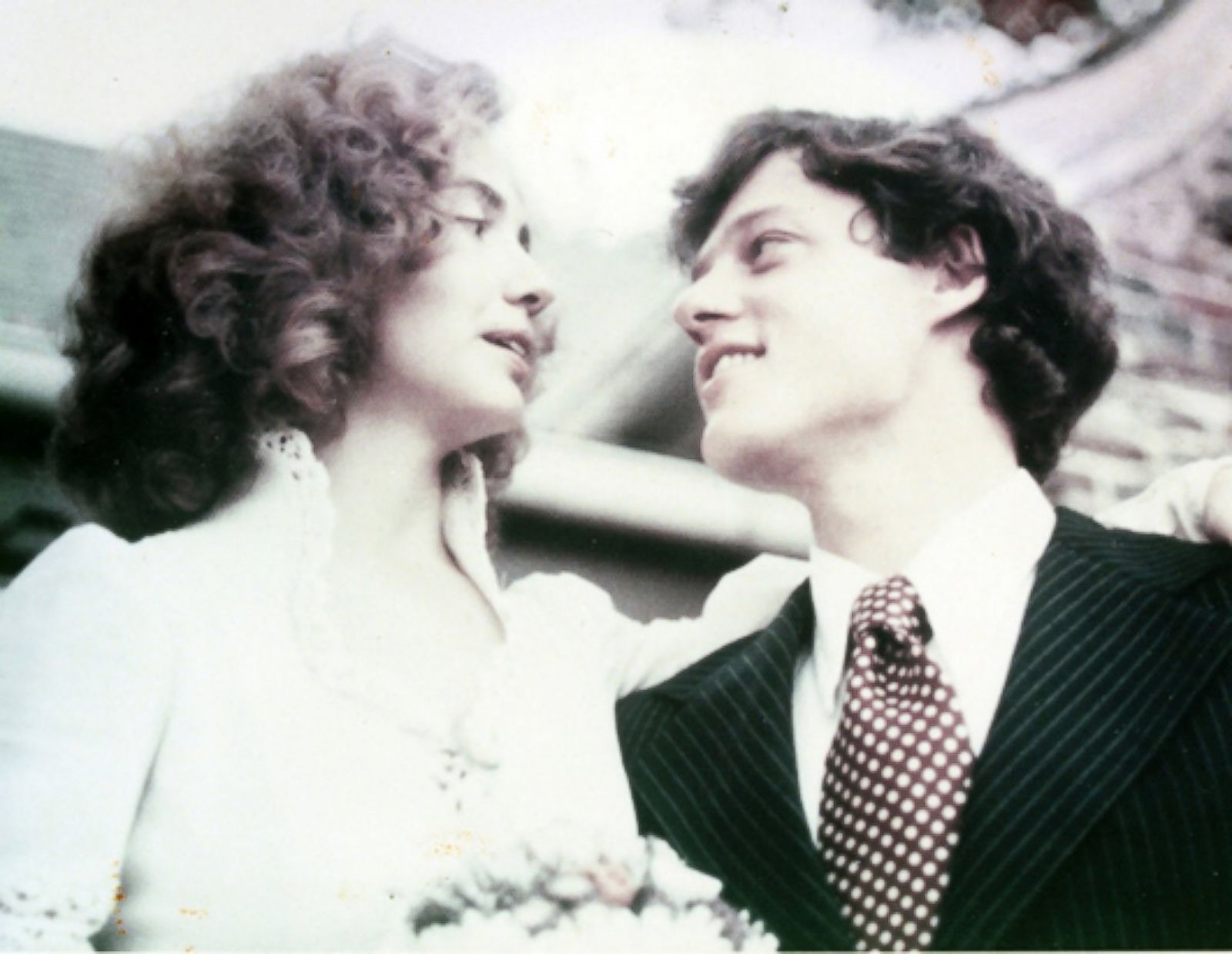 Same Phoney expressions on their face that they use today.....

When Bill became Mr. President, Hillary became his First Lady.
Now when Hillary becomes Mrs. President, Bill will become her First Gentleman.
Aren't they adorable? They are such a lovely pair. They are made for each other.

Neither of which title is accurate or appropriate.

Partisanship has gotten the better of you.
The Clintons are adorable and lovely.


Really? You think a man as degenerate as Bill, who has been accused of sexually assaulting women more than once, is a gentleman?
You should explore your own lack of morality and civility.

For a woman to accuse a man of sexual assault, all she has to do is to say it.
I am not saying all accusations are false, but it is just too easy for them to say it.
If you are rich and famous, I am sure hundreds of women would come out and accuse you of sexual assault some 10 or 15 years ago. There is no way of proving right or wrong, and they never get into trouble saying that.


Bill Cosby. Bob Packwood. Herman Cain.
Please, if a Republican had been subjected to the same accusations his career would have been over. Quite possibly he would have been charged with sexual assault.
The double standard is appalling.

Unless he is convicted, all "sexual assault" accusations are mere allegations. He was voted into office. Apparently the voters considered those allegations "not trustworthy".
Don't forget, women are known to throw themselves at male celebrities. Women crave sex too. And female teachers have been convicted of luring boy-students into sex acts.

Nobody ever does, but Hillary was quite foxy when she was younger.

If you're into that stoned-out-of-her-mind clueless hippy look, which I'm sure you are.

She's certainly a relief, compared to the bug-eyed, "I forgot to take my blood-pressure meds" look of Michelle Bachmann," or the "elect me because I have great legs and tits" look of Caribou Barbie, wouldn't you say?

Warren cleans up a lot better and she's not a Republican in a donkey costume like Clinton.

So what's a "Republican in a donkey costume"? There aren't many moderate Republicans left, so it sounds like you're saying she's a right-wing knuckle-dragger..
You must have a different Hillary in mind. This one is pretty much mainstream/centrist.

Compared to whom? Warren?

Compared to anyone in politics. Check out her policy positions versus the polls. She's as close to the center as any major politician.