At an auction at a defunct 110 year old coal power station, I bought a crate with iron bricks (not exactly rectangular, but close). I believe that they are teeth or some other wear elements in a coal handling or crushing system.
They are definitely cast.
However, they ring when struck with a hammer, and the hammer rebounds about 40% when it strikes the brick. I did not think that cast iron could ring.
Additionally, if I strike is corner, pieces chip off like they would off cast iron, and SPARKS fly at the same moment as chips fall off.
Any idea what it might be.
i

A guess: White iron crusher-plate teeth or jaws for mining. I don't know about ring, but white iron, used a lot for such wear parts, is brittle and extremely hard. It's mostly iron carbide.
Take a look at the surface where you chipped off some pieces. If they're white or sort of, they're probably white iron.
Chilled iron is gray iron with a white iron outer layer. These have been used as teeth on diggers of various types.


I do remember exactly that the chipped off surface looked very white.

This is exactly as you described. Brittle, very hard, and white on the freshly exposed surfaces. I wonder is anyone might need such bricks and whether I can sell them.
If these were made of steel, they would sell very well. Cast iron, not so sure.
i

Ed, I was reading about "white cast iron", and it appears that it can be converted to malleable iron by annealing it at 900 degrees C. And 900 degrees is easy to produce inside a good wood fire. Do you think that a 60 lb brick can be so annealed?

Three issues to deal with: The soaking temperature may be a little higher than that. They use 1650 deg. F to 1750 F in industry. You'd probably need a forced draft.
Second, the soak times range from around 20 hours to 72 hours. Ouch.
Third, a white-iron brick that large may actually be chilled iron -- gray iron in the center. That part of it won't convert to malleable.
Most of the malleable produced today is in pretty thin sections, compared to your bricks.
If you want to experiment, and if you don't mind tending your wood fire in the middle of the night <g>, you could have some fun and learn a few things by giving it a try. Just assume you won't get it right the first time around.
Look up "malleable iron." There's a lot of literature on it; it's been around for a very long time.
BTW, what you're doing, when you heat-soak white iron, is you're putting the carbon that's held as iron carbide back into solution. Then you're soaking it long enough to nodularize the iron. You then cool it slowly so the iron and carbon don't form something you don't want -- more carbide, or whatever. I forget what happens if you don't cool it correctly.
The result is something close to low-carbon steel -- very malleable and ductile, not expecially strong, but very useful stuff.

Aack! I meant "nodularize the graphite." In both malleable iron, which is nodularized by soaking it above the transition temperature, and ductile iron, which is nodularized by specific alloying, retains free graphite in the form of roundish nodules. That makes if less brittle and more malleable/ductile than gray iron, in which the free graphite is in the form of flakes.


Ed, you are right this time. Messing trying to convert one form of junk into another is simply not worth the while. Heat treating is a little bit like woodoo magic, if you do not align the snake teeth with scorpion fangs properly, the woodoo magic will not work.
i

people who operate close to the voodoo level on metallurgy; nonetheless, they produce good results, mostly from experience, even if they have msconceptions about what they're doing.
It you study it today, you'll find a lot of the fog has cleared. Electron microscopes have helped to clear up a lot of old uncertainties and ambiguities.

Build a fire and see ... leave the chunk of iron in the fire until it burns out and everything's cooled off .

Another thing: Iggy, I think you'd be a good candidate for becoming an expert on iron and steel metallurgy. I find it fascinating, although I'm sort of half-fast at it and I haven't studied it closely since I was materials editor at American Machinist, decades ago. With your native curiosity, I'll bet you'd find it really interesting, too.
And there is a practical side to it in your business. It would help you identify the materials you're dealing with and give you a sense of their use and value.
Not many people, even in the metalworking trades, really know much about it, outside of their narrow range of interest. And they often are full of old-wives' tales and old misinformation. It could give you a leg up.


Ed, I am fascinated by metallurgy and spent hours, as an amateur, reading about alloys, metals, and other related topics. This has allowed me to notice some things that other people walk right past by. I am sure though that I do walk past some great stuff without noticing. Thank you for your encouragement. I am sure that I will never be a metallurgy expert, but I do find it to be a great topic to learn about.
i


You could line the Russian stove in your dacha with them. .
-jsw


yEAH, I was thinking along those lines too...

For sure - with a big enough fire and enough time ----

It's not practical to re-cast the stuff without a lot of expensive heating and chilling, so you'd probably need to find someone who can use those specific sizes and shapes. I have no clue about finding them.
As an aside, white cast iron also is used as the feedstock for making malleable iron. But there isn't much of that made today. It requires days of soaking time in a heat-treating oven to convert it to malleable, and the fuel costs are prohibitive. Malleable has been hostly replaced by ductile cast iron and steel.
Good luck. They make nice conversation pieces. d8-)

These could be used as is to make small tools, flats, angles, etc. by machining close to shape and then hand scraping. For larger projects, then could be melted and poured to make bigger straight edges and angles.
I have a white iron straightedge and a set of white iron squares that I scraped in.
Jon

I'll bet that knocked the hell out of your scraper blades. <g>
White cast iron will tear up almost any tools. Seco and Sandvik have developed special tools for cutting it, but they require a lot of horsepower and spindle speed.
Re-casting it is problematic. Unless it's a high-alloy iron (probably not, for digger blades), it can't be chilled fast enough to produce much white iron on the surface. When they sand-cast it, they add a lot of chromium to reduce the required hardening rate. That's expensive and typically reserved for fancy things, like slurry impellers.

Well, I used homemade scraper blades made from large carbide indexable inserts that were pretty cheap. They worked very well. I DID have to sharpen them fairly frequently. This straightedge and square may not be exactly white iron, maybe closer to grey iron. The angle is unknown, the straightedge WAS described to me as white iron. Yes, they are pretty darn hard, and took a lot of elbow grease to scrape.
Jon

Once you melt it and pour it, it's not white iron any more, unless you heat treat it properly.
Ed seems to know more about this than I do. 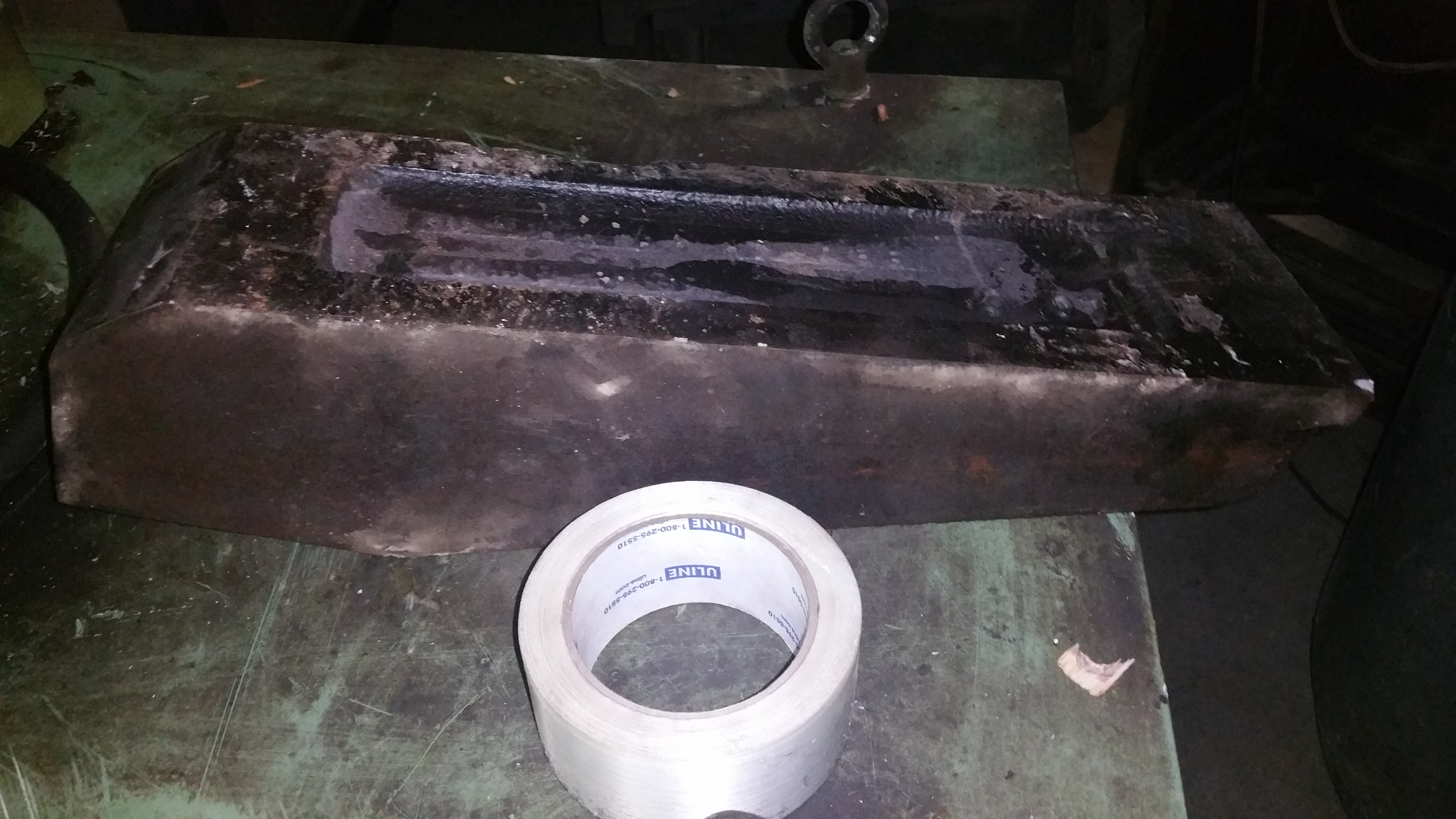