Regarding that cast iron legged table that someone bought from me at the auction site:
I was at the auction site today. Received the money ($150 for a table that was included in a lot with stuff, for which I paid $75). Here's a picture of the stuff that I was effectively paid $75 to take: 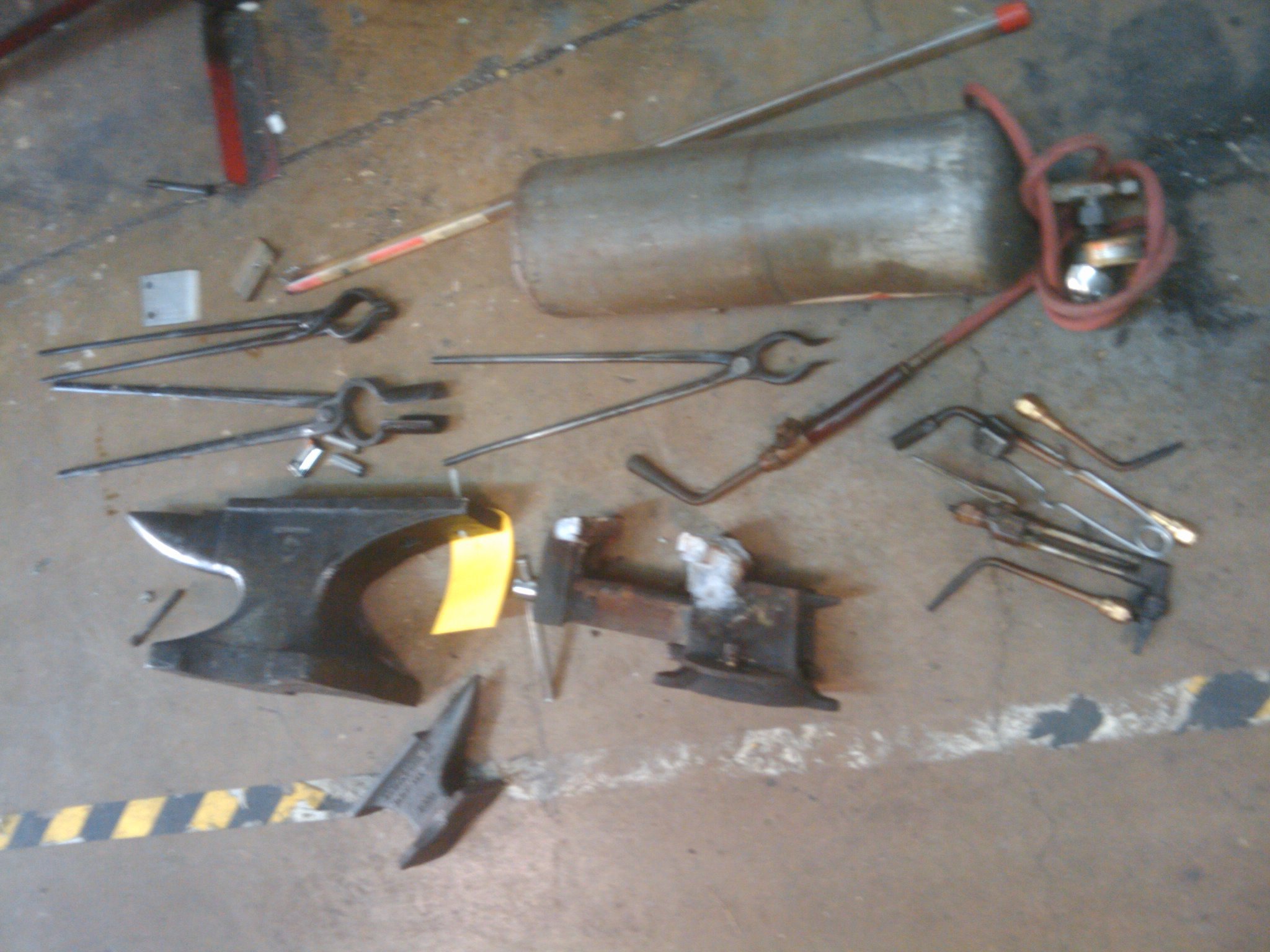 http://igor.chudov.com/tmp/Blacksmithing-Stuff.jpg
The auction guy told me that my buyer was some kind of a metal art weirdo.
He also bought a 1920's lathe, and, get this, took the base only and gifted the lathe itself to the riggers. He told the auction guy that he is using that stuff for some artistic purposes.
In any case, there is a few things from the lot that I will be able to use, such as the baby anvil I that will give to my kids to use.
Can someone ID the big anvil? What is the significance of letter C in a triangle? Columbian?
i