Gunner,
Would a been prety dull around here with out you.
Getting olds a bitch ain't.
Glad yer still alive and kiiing for a while..
--.- Dave

I'm glad to hear we will still have Gunner to kick around. Rest up, take care.

Sounds tough, glad you survived this time.
A friend of my coworker died recently while shoveling snow.
i


--
Due to extreme spam originating from Google Groups, and their inattention
to spammers, I and many others block all articles originating

Good to see your still herer with us man! Good Luck to you and yours and get well soon!
RON L - SERE SURPLUS
PS: for those that wished for your death, due to a difference in thier political views SHAME ON THEM!

Gunner has wished for many people's deaths. He don't get a break.

So far, no one in this group has done so.
Why did you bring it up? Because Runner has wished such on many, many other people? Do you dislike irony?
Dan

Glad you are ok, take care.
Dave B 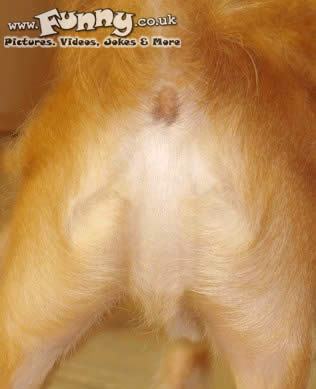 Good to hear of the happy ending Gunner.
Take care of yourself.
TMT
Now that he's had his life saved by the graces of the state of California do you think he'll come around on universal health care for all? I mean, he's just gotten what amounts to state run medical care. What are the chances that when he's back to health he'll still be railing against a medical system that just saved his life? My guess is he'll be against national healt h care no matter how many times it comes to his rescue. Now that's a conservative. I also wonder how much it just cost the rest of all of us for his "free" medical care.
Hawke

I have no desire to argue with you. Just wondering if you could be more specific. What program does he fall under for "what amounts to" state run medical care?

So you live in California? Sue

Medicare and Medicaid (Medi-Cal) are federally funded by the American Taxpayer.
Jeff

What makes you or Mr Hawke think that Medicare or Medicaid will be paying? Assuming facts not in evidence. I know the rules for MediCal and Gunner would not be eligible for it unless he is deemed disabled and that isn't easily done nor likely to happen (one has to just about meet the SSD criteria and the medical records are reviewed by a very tough state panel). I doubt that will be the case. I'm pretty sure one must be on SSD for 2 years before one can get Medicare (could be wrong on that one but that's easily checked). The only possibility of public (government) payment would be whatever the county program is for the state mandated (but not funded) Medically Indigent Adult program. These are generally administered through county hospitals and I can assure you that Loma Linda is *not* a county hospital. So, it is extremely unlikely that the American Taxpayer is going to foot the bill for Gunner's care. You could possibly make a case for unpaid hospital bills falling on all of us, but I'm not sure how unpaid hospital bills in California could effect someone in the Midwest or anywhere else. If you want to pull that one out then if you have ever had an auto accident that was your fault and covered by your insurance then I'm pretty damned upset with you because that caused my car insurance premiums to be higher. Just as if Gunner had health insurance then his medical expenses would cause your health insurance premiums to go up. So, say what you will about him I just doubt that the American Taxpayer is going to be stuck with the bill. Sue

Someone must pay; that much is certain. Both Medicare and Medicaid reimbursements have been increasingly stingy. But both of those, along with private health insurance, must be stretched to subsidize the cost of indigent care. Unquestionably, this increases the costs for both public and private payers.

Who do you imagine pays those costs? Gunner's care isn't free.

That case has already been made.
but I'm not sure how unpaid

The taxpayers of California probably pay a disproportionately large share in Gunner's case, but indigent care costs are reflected in every taxpayer's and insured person's costs.

In your analogy, Gunner is an uninsured motorist who's irresponsibility causes insurance rates for responsible, insured drivers to go up.

I said nothing about Gunner, personally. However, ultimately we ARE all subsidizing his medical care, which is fine with me, being as I am one of those loony leftist liberal elites who actually believes making health care available to all is a good thing. Gunner's views, although not his behavior, may be different.
Jeff

You are correct. Since Gunner will not be paying for his medical care that means someone else will be footing his bill. This is generally passed on to the taxpayer in one form or another. I live in California so I will be paying for some portion of it somehow. I don't oppose this actually. But then I am a believer in universal health care. If we had it now he would be cared for and it would be done the cheapest way. I guarantee that the way it's done now will be very costly. Normally the costs for Gunner's bills would be cost shifted to the people who have insurance, to the hospital, or to the state. If we had universal care his medical care would be paid for by all of us, which is the most efficient way of doing it. The irony is that he's against that kind of system but he's all for taking the benefits from it. Which is why he's a dick. You would think that this little episode would have shown him why universal health care is good for poor folk like him. But I doubt it will have any effect on him and he will continue to complain about a system that has saved his life. Which is why...
Hawke

C'mon Hawke, that's not *WHY* Gunner is a dick. It's just one small data-point as evidence for his overall Dickery. Gather up a few hundred of such data points and it clearly elevates Gunner to some kind of Mondo SuperDickery.

The last official act of any government is the looting of the nation.

Phew - Some of that going around here also. Glad you escaped two locations!
Take care and keep notes on what the doc says.
Martin
Gunner Asch wrote:

Glad to here you're still kicking. Stick around this ball of dirt a lot longer, okay?